What do you get when you combine building debris, partially installed electrical systems, flammable materials and chemical solvents? A typical construction site with all of the ingredients to start a fire. Structure fires caused over 3,700 civilian deaths, 16,600 civilian fire injuries, and over $14.8 billion dollars in property damage in 2014 according to the National Fire Protection Association. Taking precautions to prevent fires is especially important for trade professionals at work. Learn about potential fire hazards on construction site and protect yourself, your crew and your property on the job.

Pro tip: Burning construction debris might seem like a good way to dispose of waste while keeping warm on cold jobsites, but this is a fire hazard that is illegal in many municipalities. Burning waste should be strictly avoided.

In 2019, Electrical malfunction accounted for 7.3% of nonresidential structure fires. Temporary electrical systems can be hazardous if set up incorrectly, or if they’re being used for an application that exceeds their rating. All electrical systems, even those that are temporary, must be installed according to local codes. Additionally, it’s a best practice to inspect extension cords for signs of wear, and never plug multiple power strips together to create more outlets because this could spark an electrical fire from a power surge.

Trade pros know that the job has to get done, even if temperatures are frigid. Space heaters are often employed on construction sites to keep cold temperatures at bay and to make the climate tolerable. Space heaters are also a common fire hazard according the NFPA. Move space heaters away from flammable materials, keep them clean from dust and discontinue using them if they have worn or exposed wires.

An ember from one cigarette is all it takes to take down an entire building from a structure fire. Allow smoking only in designated areas that are a safe distance from flammable material. Hang signage to indicate where smoking is permitted and where it is not. Dispose of butts in approved cigarette receptacles, and make sure they are emptied as needed.

It’s not uncommon for workers on construction sites to cook food on their lunch breaks. While cost-effective, this is also an easy way for fires to start. Cooking should be performed away from flammable material. If your crew is using a portable charcoal grill to cook food, make sure that the charcoal embers are discarded safely in approved containers and not with other construction debris. If using a hotplate or a microwave, make sure they are not overloading power circuits as described above in the second bullet.

Protect your crew by training them on fire safety basics. Make sure they know the common causes of fires, as listed above. Show them how to operate a fire extinguisher and make sure your crew can access them on the jobsite. Provide emergency contact information and keep exits clear from blockages.

Pro tip: When operating flammable equipment such as welding tools, designate a member of your crew to stand by with a fire extinguisher. 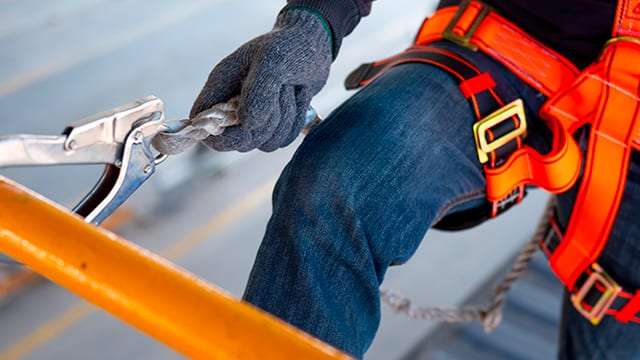 What you need to know about fall protection 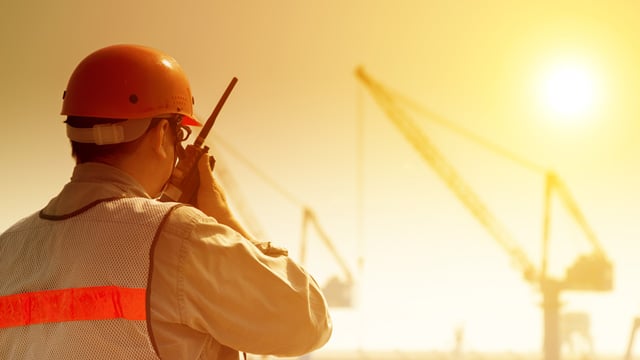 How to prevent heat exhaustion